Login
$0.00 Cart
Dragon Skin armor:
What Went Wrong?
From spider silk to snakeskin, we keep hearing about the next big thing in body armor… then never hearing about it again. Dragon Skin armor was different, holding up in testing and even being purchased by some law enforcement. So why aren’t you wearing it?
The Concept

Dragon Skin armor was produced in the early 2000s by now-defunct outfit Pinnacle Armor Inc. Pinnacle was a small company with about 30 employees in a nondescript building near Fresno Yosemite International Airport. The perfect setting for what turned out to be one of the most controversial sagas to ever hit the industry.

Its unique design was made of an overlapping series of high tensile strength ceramic discs, (picture taking small pieces of a ceramic plate and then overlapping them back into a plate shape) which were encased in a fiberglass textile. The idea was to increase the protection of standard ceramic while also improving freedom of movement for the wearer.

The idea worked. The design was tested by pretty much everyone who could get their hands on it, with whatever they could find to throw at it. After repelling 120 rounds of 7.62 Soviet from a Type 56 on the History Channel, the Discovery Channel tested out a point-blank detonation of an M67 grenade – with no penetration.

People started paying attention, and the orders came in. A Fresno police department commissioned 26 sets of Dragon Skin for its SWAT officers after a vest stopped .308 rounds from a rifle and 30 rounds from a 9mm MP5, fired from five feet away. Not content with that, they topped it off with 40 rounds of PS-M1943 mild steel-core bullets from an AK-47 along with 200 9mm fired from a submachine gun. Dragon Skin appeared to be the leap forward in design we’d been waiting for.

It’s 2007, good ol’ Dubya has just announced his plans for the Iraq surge, and a new armor that seems to come with an invisible forcefield is on the market. The mainstream media has never been more interested in a protective product, and the question being asked is Why aren’t our troops wearing this?

By this time the U.S Army had banned the use of all privately purchased commercial body armor in theater, leaving troops with a choice of Interceptor body armor or… wait, no, that’s it. Interestingly, this ban referred specifically to Pinnacle’s Dragon Skin, stating that the company’s advertising implies that Dragon Skin “is superior in performance” to the Interceptor Body Armor the military issues to soldiers, and that the US Army disputes that claim. But why?

There are two theories here. The first is that Dragon Skin, despite extensive testing by media outlets, was snake oil. Prior to issuing the ban, the Army purchased 30 sets of Dragon Skin to discover it failed on the second round of their first article testing and did not meet the standard ESAPI requirements. First article failure is usually where a test would end, but due to the high interest in the product, full testing was carried out. This concluded in 13 complete penetrations or severe back-face deformations to the armor. X-rays of the tests showed that the scale design had completely delaminated from its backing, moving the army to name the brand specifically when issuing the ban.

The second is theory is a little more sinister. Pinnacle’s claims and marketing tactics were overly aggressive, ruffling a few scales within the armor industry and the military. Pinnacle’s CEO stated the Army had requested to purchase the patent to the product and he had refused. It’s thought that this, as well as a need to protect the reputation of existing products, was the true cause of the military’s ‘doubts’ around Dragon Skin’s effectiveness, eventually concluding in the catastrophic test results. Reports at the time claim that the plates were held by the Army for one to two weeks prior to being submitted for testing, suggesting that tampering with the product could have been possible. 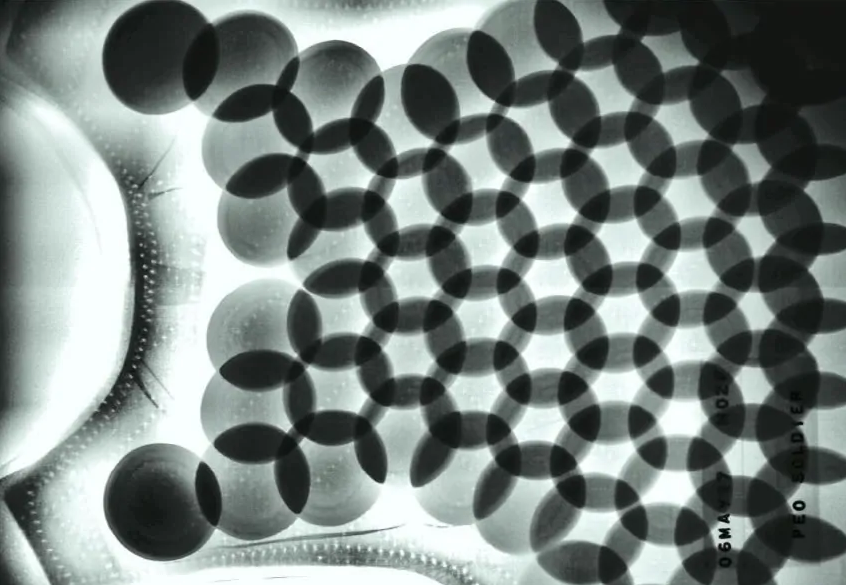 Was Dragon Skin a miracle product that went to war with the wrong army? Or just one of a series of far-fetched armor concepts, that happened to land at a time that caught the public’s attention? Whether you believe Pinnacle fell or was pushed, the result is that as of 2020 there are no known users of Dragon Skin.

BlueRidge Armor shields are the most advanced ballistic protective shields on the market and made in the USA. Never settle for less.

Will we be wearing Russian body armor in 10 years’ time? Manufacturers have high hopes for threat ratings.

The WMX6 is the next generation in our VENGEANCE™ Series hard armor shields.

Designed with the same end user feedback as our Vengeance series shields, the Vader is Mission Driven and Purpose Built.

Thank You For
Signing Up